Gastric cancer is the fourth most common cancer and second cause of death worldwide.

There are many risk factors that have been shown to potentially increase the risk of gastric cancer including h.pylori infection, alcohol use, smoking, high salt intake, medications such as PPI’s(proton-pump inhibitors) and processed red meat consumption.

In this article we are going to take a look at six plantbased foods which the research has found to be associated with a decreased risk of developing gastric cancer. The Allium group of vegetables such as Onions, Garlic, Leeks have extensively been studied for their potential chemopreventive properties.

Frequent consumption and higher intakes of allium vegetables such as onions, garlic, leeks, shallots have been associated with a reduced risk of developing gastric cancer.

The Allium vegetables such as onion, garlic and leeks are excellent sources of prebiotics such as Inulin and other oligofructoses. These indigestible prebiotic fibers help to feed and stimulate the activity of the beneficial gut bacteria, which play an important role in gastrointestinal health.

The Allium vegetables are also good sources of many potential anti-cancer substances such as organosulfur compounds, phyto-nutrients such as quercetin of which onions are a great source and Vitamin C.

A meta-analysis published in 2011 evaluated cohort and case-control studies to analyze the association between the chemopreventive effects of Allium vegetables (onions, garlic, shallots, leeks, chives, and so forth) and gastric cancer risk.

In a meta-analysis, consumption of high levels of Allium vegetables reduced the risk for gastric cancer risk. Because of potential confounding factors and exposure misclassification, further studies are required to establish this association. [1] Many studies have shown that carrots may play a major role in the prevention of gastric cancer.

Carrots are a popular root vegetable, rich in many nutrients such as Vitamin A (β-Carotene), dietary fiber, Vitamin C, Vitamin K, potassium and many other natural bioactive compounds.

Consumption of carrots in a meta-analysis published in 2015 was associated with an impressive 26% reduction in gastric cancer risk.

The findings of this study showed an inverse relationship between the consumption of carrots and the risk of gastric cancer. [2] Wholegrains are another plantbased food-group which research has found to decrease the risk of developing gastric cancer.

However, this doesn’t apply to all grains. Refined grains have actually been shown to potentially significantly increase gastric cancer risk and may be considered a risk factor for GC.

On the otherhand studies have found that higher intake of wholegrains to have a strong protective effect against developing gastric cancer.

Wholegrains are great sources of dietary fiber, vitamins and several minerals, along with nutritional factors such as phytate, which may play a role in the gastrointestinal cancer protective benefits.

A meta-analysis published in 2020 evaluated the relationship between grain consumption and the risk of gastric cancer. Cruciferous vegetables are vegetables of the family Brassicaceae and have been extensively studied for their potential cancer protective benefits.

Research has found that higher intake of cruciferous vegetables such as broccoli, cauliflower, cabbage, kale, bok choy and brussels sprouts to potentially reduce the risk of developing cancers of the gastrointestinal tract.

Cruciferous vegetables are a rich source of glucosinolates and their hydrolysis products, including indoles(indole-3-carbinol (I3C) and isothiocyanates such as sulforaphane, have been implicated in a variety of anti-carcinogenic mechanisms.

A literature review of primary studies and meta-analyses indicates that higher consumption of cruciferous vegetables probably reduces the risk of colorectal and gastric cancers by approximately 8% and 19%, respectively. [4] Soy is a popular legume worldwide and another plant-food which studies have found to potentially reduce the risk of developing gastric cancer.

Soy foods are a rich source of isoflavones which are a type of isoflavonoid with antioxidant properties shown to reduce GC risk.

Much of the soybean carbohydrate is comprised of oligosaccharides (predominately stachyose), which have been classified as “prebiotics”, stimulating the growth of beneficial gut bacteria such as bifidobacteria.

A dose–response meta-analysis of prospective studies published in 2017 aimed to determine the role of soy foods in the development of gastric cancer.

High intake of nonfermented soy foods were inversely related to gastric cancer risk, especially at an intake of more than 100 g/day.

But not all soy foods were associated with a reduced risk of gastric cancer in the literature. High intake of fermented miso soup was actually significantly associated with GC risk in males.

High intake of nonfermented soy food might reduce the risk of GC, while miso soup intake might increase the risk in male. [5] Diets rich in fruits and vegetables have been associated with a reduced risk of developing gastric cancer and in particular citrus fruits have been shown to have a protective role.

It is suggested that the intake of citrus fruit inhibits the development of CGC. This conclusion can be used as a primary prevention measure in the future when the incidence of CGC may be on the rise. [6]

[2] Effect of Carrot Intake in the Prevention of Gastric Cancer: A Meta-Analysis

[3] Grain Consumption and Risk of Gastric Cancer: A Meta-Analysis

[4] Cruciferous Vegetables and Risk of Cancers of the Gastrointestinal Tract 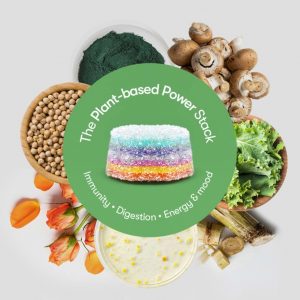